Articles > The Benefits of Singing and Instrumental Music at Funerals

The Benefits of Singing and Instrumental Music at Funerals 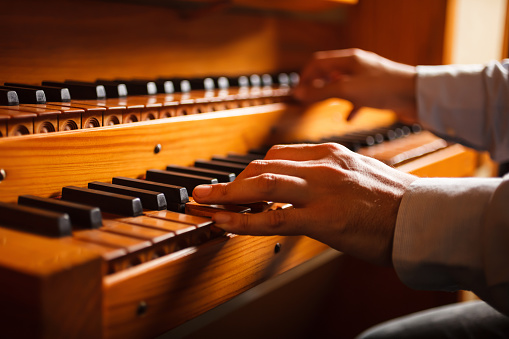 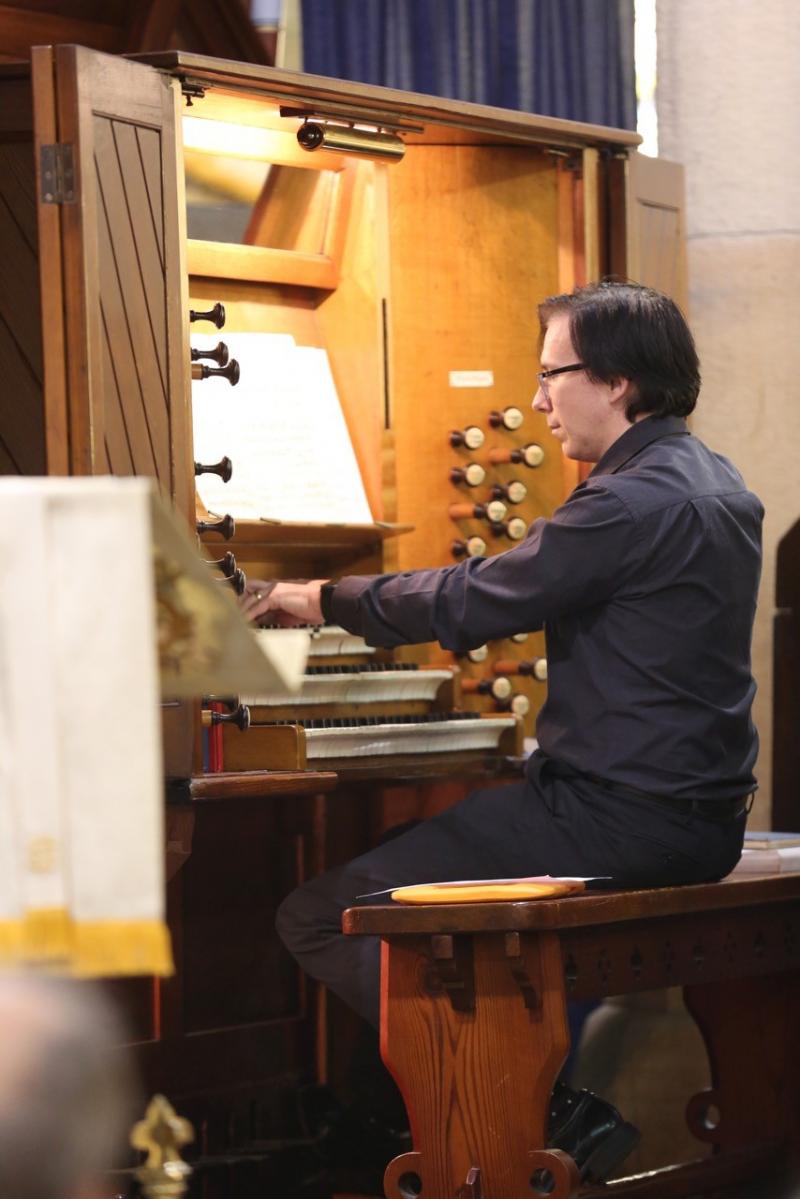 Jassen graduated from The University of Sydney (Sydney Conservatorium of Music) and has played the biggest pipe organs in Sydney, solo and in concert, with choirs and orchestras, and in Anglican and Uniting church services, Papal liturgy and Masses. Jassen also balances performance with teaching singing, piano, and organ, and is married with two children.

Many things to many people.

We know that music is now used as therapy. And it’s no accident that music can speak to all present at a funeral, regardless of whether the attendees are church-going people.

Music boosts a Christian funeral service or Mass. It augments the liturgical actions, such as, to gather, to sing psalms, proclaim the Gospel with an Alleluia, to bring forward the gifts of bread and wine, to receive Communion, and to leave the church.

Music also honours the deceased’s wishes, with a favourite song or hymn or instrumental piece, and is something that helps to express the loss of the family and friends, or uplifts and celebrates the person’s life.

A church musician, priest, and funeral planner can all help guide musical choices.  Some songs might be best for the church, and others for a wake, but often it comes down to the wishes, tastes, and a sense of appropriateness for the occasion in a church or chapel.

When there are hymn and song choices for communal singing, there can be no doubt, from scientific studies, that there are profound physical and mental benefits for people joining in with music.  As for the spiritual benefits of singing hymns, St Augustine said succinctly, “Those who sing pray twice”.

One can suggest and guide in the choice and performance of music, but the most important critic is the listener.  Take Eric Satie’s Gymnopédie No. 1, it can elicit melancholy feelings, or it can be incredibly moving, or someone may be unmoved or put-off by it.  Schubert’s Ave Maria has been described as very soothing by many people, but perhaps someone had it at their wedding, or because it was played at a different family member’s funeral, they might insist on having it, or not having it, or having it played but not sung. Thankfully, the permutations of choice and performance practice are considerable and customisable.  It really does come down to what speaks to the listener.

Sometimes an oboe and organ playing Gabriel’s Oboe from “The Mission” by Ennio Morricone or a full choir singing Mozart’s Ave Verum Corpus is more soul-reaching to one person than another.  There is much written about Plato referencing music, as passing from the body, to touching the mortal and immortal soul, giving wings to the mind, flight to the imagination, and life to everything.

It is possible to take the same piece of music and play it at different tempos (or speeds) and it can elicit feelings on a spectrum from melancholy to uplifting.  Take John Newton’s famous Amazing Grace, played very slowly in a traditional way might be considered a dirge by some and fitting by others, or played slowly with a deep female voice and a Gospel feel, might be considered moving and meaningful.  Some families might need it to be played with a grand pipe organ sound, or a soft flute setting on organ, or a piano sound, or the first verse “a capella” (a voice without accompaniment).  Again, it can be a question of taste and personalizing the music for those at the occasion.

Everything old is new again!

In the Renaissance, the voice was the most-prized music instrument, because it was considered God-given and not a man-made instrument.  And in 1588, William Byrd wrote brilliantly of the benefits of singing (which we’ve only studied scientifically in recent decades): the benefits for the chest, good health, clear diction, reducing stuttering, to work out if there is an exceptionally beautiful voice, to praise God, and to tell everyone what a good thing it is to do.  In our modern society, we often appreciate a piano or organ lead with a solo singer to guide us or express what our grief inhibits our own voices to do at the funeral.  Perhaps any singing is good singing (for our minds, bodies and to pray to God)? But singing by a professional is certainly something that is still prized today.

The information on this website is for general information only and are not (and nor are they intended to be) a substitute for professional medical or mental health advice, nor is it used for diagnosis and treatment. You, or anyone you are concerned about, are encouraged to seek professional medical or mental health advice and treatment from suitably qualified medical and clinical practitioners and providers.

If you are in crisis or think you may have an emergency, immediately call Emergency 000. If you're having thoughts of self-harm or harm to others call Lifeline on 13 11 23 to talk to a skilled, trained counsellor. If you are located outside Australia, contact your local emergency line directly.

Jassen graduated from The University of Sydney (Sydney Conservatorium of Music) and has played the biggest pipe organs in Sydney, solo and in concert, with choirs and orchestras, and in Anglican and Uniting church services, Papal liturgy and Masses. Jassen also balances performance with teaching singing, piano, and organ, and is married with two children. 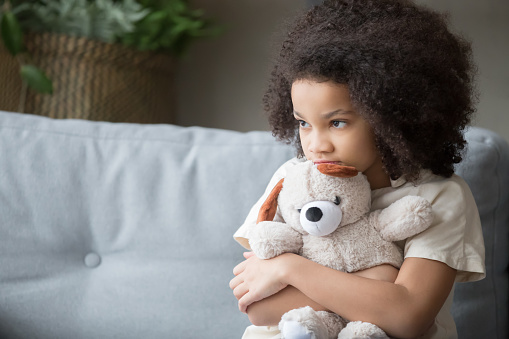 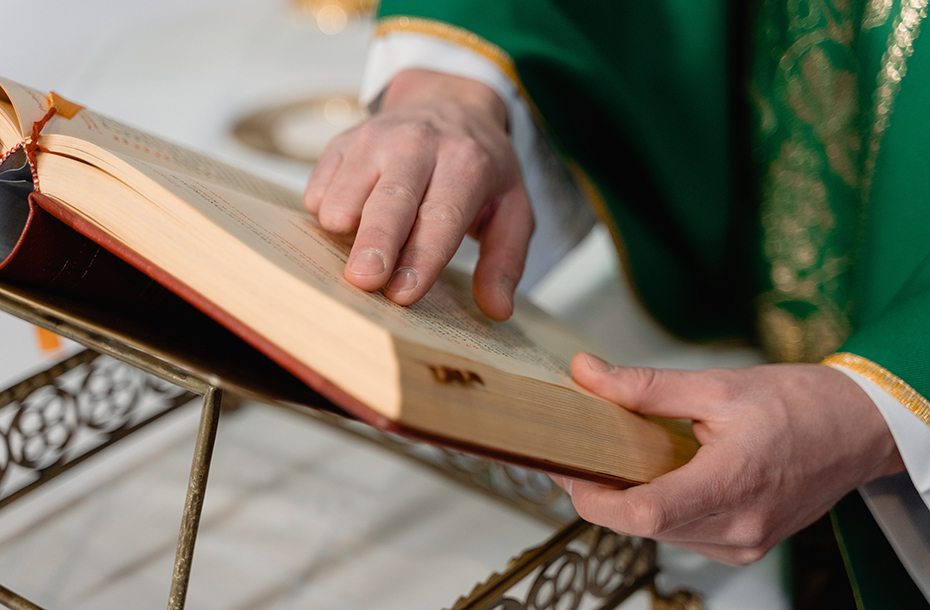 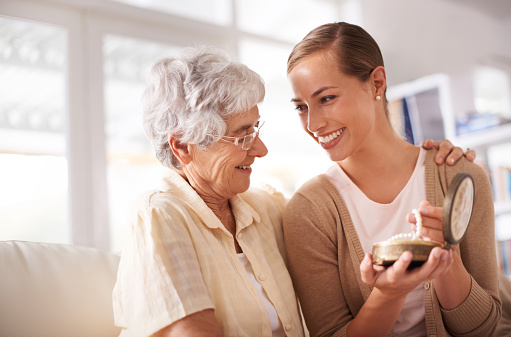 How to Create Family Heirlooms 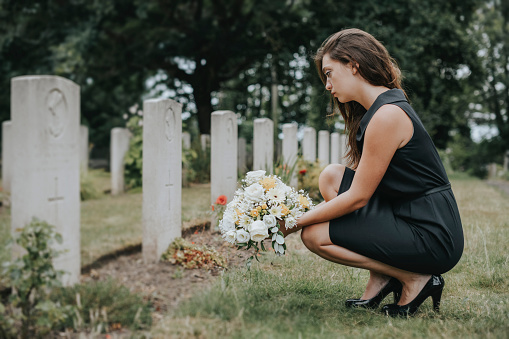 What To Wear To A Funeral